Abraham Lincoln died at 7:22am, April 15, 1865, one-hundred fifty years ago today. This portrait of the 16th President of the United States by contemporary artist Wayne Brezinka is currently on loan at the historic Ford’s Theatre in Washington, D.C., May 6, 2014 — May 6, 2015. Brezinka’s 4 ft x 5 ft portrait is part painting and part three-dimensional collage of cardboard, rope and several artifacts he collected from the 1860s.

Only about a dozen copies of the original 1814 sheet music imprint of Francis Scott Key’s “The Star-Spangled Banner” have survived. The original edition can be easily identified by the misprint “A Pariotic Song” in its subtitle. Courtesy of the William L. Clements Library, University of Michigan

Today marks the 200th anniversary of our national anthem. On September 14, 1814, Francis Scott Key composed the lyrics to “The Star-Spangled Banner” after witnessing the massive overnight British bombardment of Fort McHenry in Maryland during the War of 1812. Key, an American lawyer, watched the siege while under detainment on a British ship and penned the famous words after observing with awe that Fort McHenry’s flag survived the 1,800-bomb assault.

After circulating as a handbill, the patriotic lyrics were published in a Baltimore newspaper on September 20, 1814. Key’s words were later set to the tune of “To Anacreon in Heaven,” a popular English song. Throughout the 19th century, “The Star-Spangled Banner” was regarded as the national anthem by most branches of the U.S. armed forces and other groups, but it was not until 1916, and the signing of an executive order by President Woodrow Wilson, that it was formally designated as such. In March 1931, Congress passed an act confirming Wilson’s presidential order, and on March 3 President Hoover signed it into law.

Today is America’s 236th birthday. Happy Independence Day to my family, friends and clients! THANK YOU to all who serve our country, and to all our fallen heroes. The painting below is one of my favorite works of art by American-born painter Jasper Johns. (MORE)

The History Channel‘s wildly popular Hatfields & McCoys miniseries (recently aired over Memorial Day weekend) is a fictional retelling of the infamous feud, but writer Dean King‘s upcoming book The Feud will attempt to piece together the full picture. Here’s a preview of the book’s cool cover design. In my book, it’s spot on. (MORE)

I happened upon this decorative sign and thought it was an interesting piece of “modern folk art” using words that remind us of Fall. I find the type treatment very simple and charming… a slice of modern Americana. (MORE) 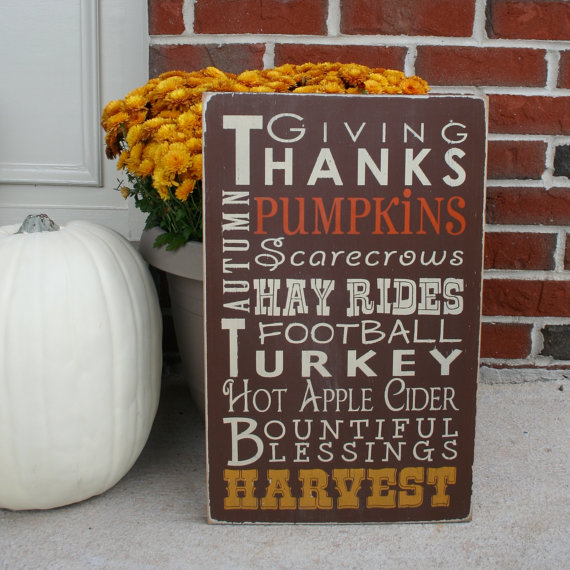